Exploring the UX of Materiality

Geomorphic Home is a speculative design exercise. First, the design exploration is the deconstruction of the origins of metal in buildings via its use & methods of sourcing. Then, postulate the user experience of a home built using "smart metal" one hundred years from now to understand how human behavior influences materiality. Finally, create a prop to represent my speculative design and the hypothetical world in which it exists.

Every government-issued home begins as an infant. A cube, a sphere, a single geometry. It then slowly grows over time as it studies its inhabitants. Gradually and unobtrusively expanding and contracting. Constantly morphing into a home to accommodate the resident’s lifestyle, spatial needs, and adapt to surrounding constraints. As the family grows and shrinks (i.e., newborns, kids going to college, death in the family), the home will either enlarge or reduce to meet the spacial needs of the family.

If the resident moves to a new city, the government will issue them a new serialized geomorphic home. The resident can then push data from their last home into the mainframe of the new one and continue to build upon their lifestyle, habits, and hobbies or start anew. Allowing the home to morph and change according to the newly gathered data.

Tracing the Origins of Metal

I began by Tracing the origins of metal in one single building. If just one type of metal on a building facade required three different countries to supply material for it to be made, one could say that the experiential qualities of that material are far more severe than just a decorative flange.
I created a taxonomy of a the OPTIV building in Denver to boil the building down to the five main elements used in the structure and facade of the tower. 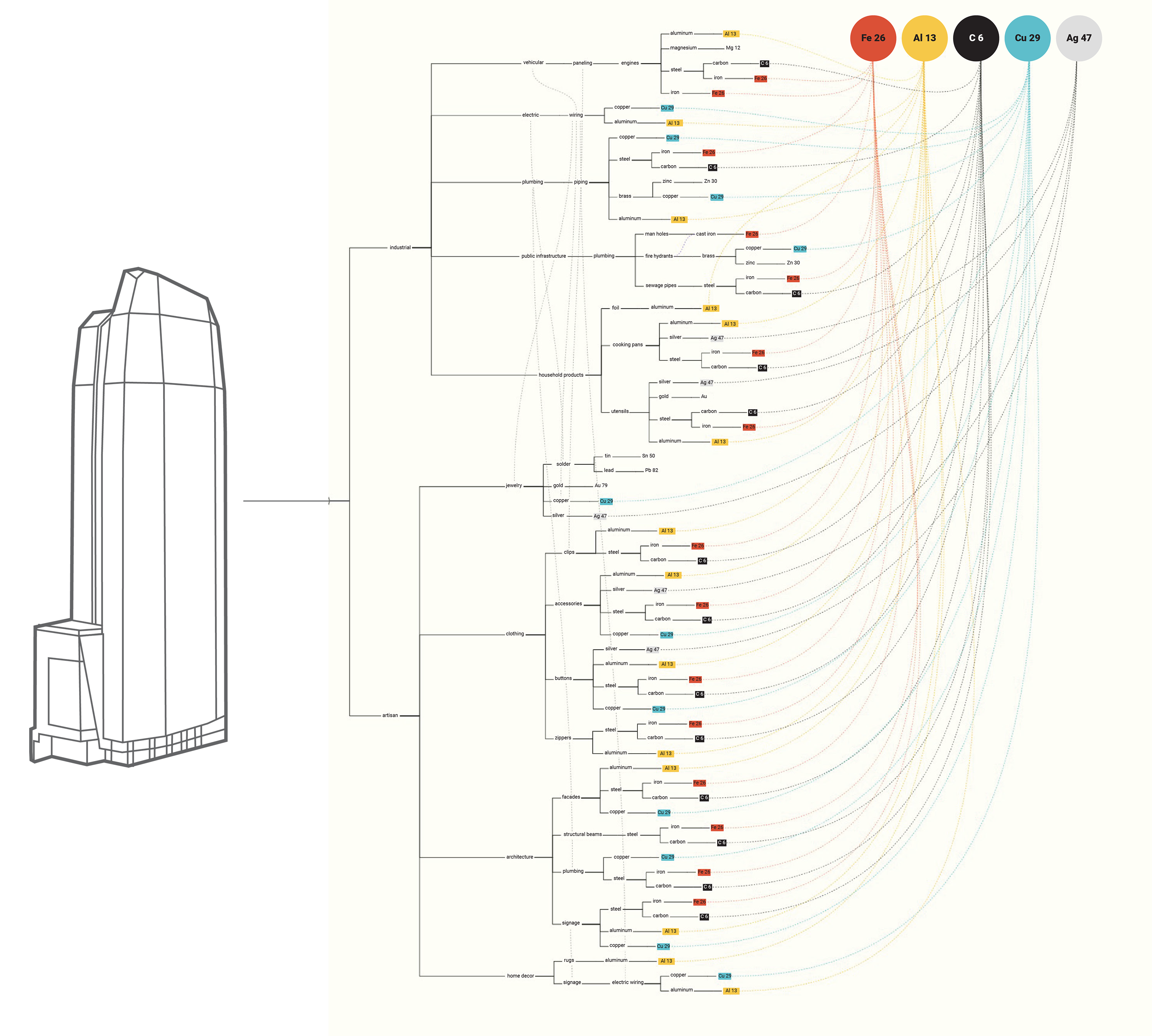 I then researched where in the world these elements are found, and how many tonnes of these materials a year are mined from each location. It took approximately 22 countries to create the metals used to build just a single tower. 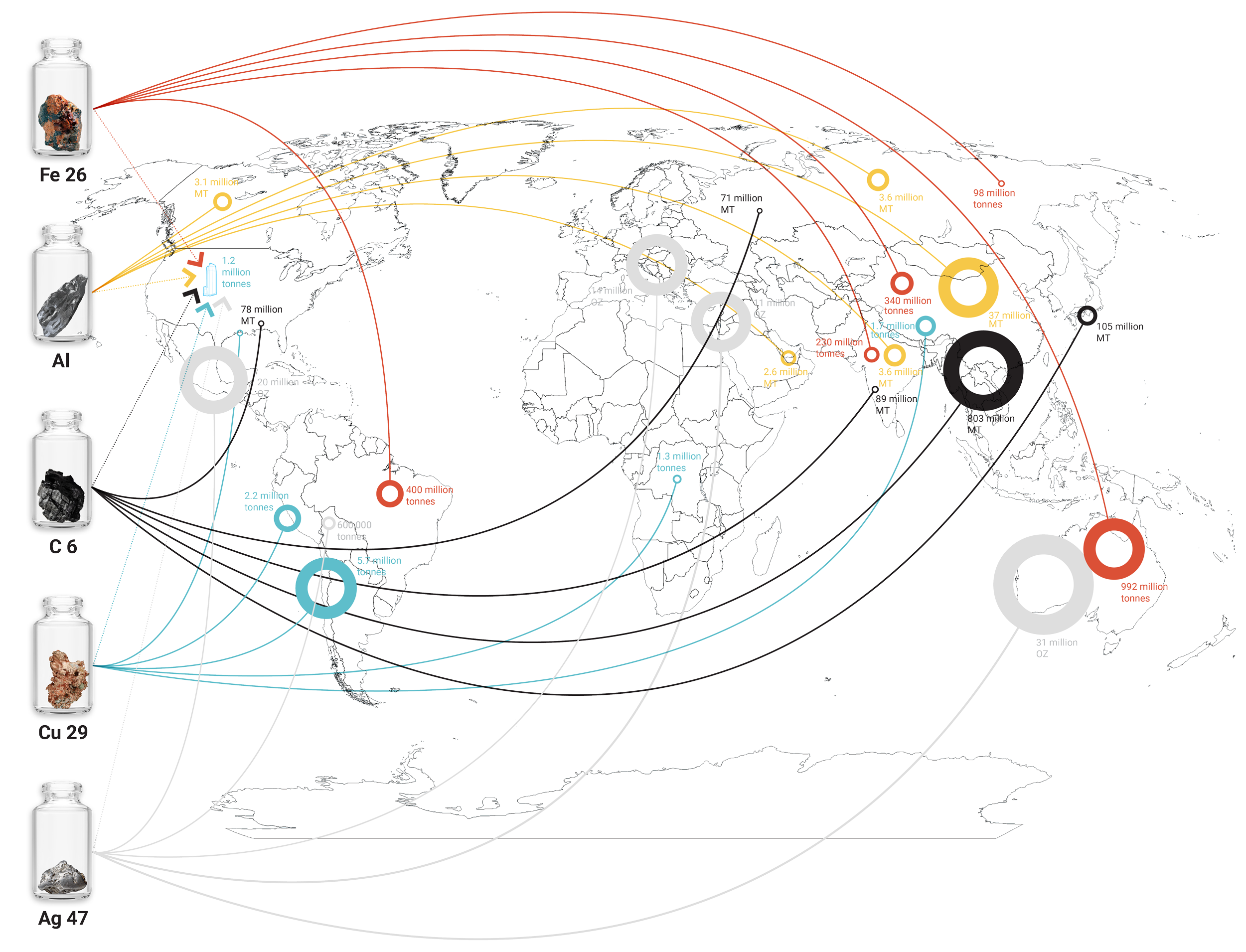 The user mapping was the most meaningful activity for me because it is when I decided to de-literalize how I was thinking about the project. The user mapping activity is split up into two main sections to help understand how the user experience of a home is much more than just the materiality of a place but how it is used and shared.

The first section asks the user to list their name, city, and age, describe their lifestyle, and then cut out the 7 hobby stickers that best represent the idea of "home" to them. The second section of the exercise is to draw their home using only the materials from their 7 hobby stickers. Finally, the user is asked to write a description of their new home and how they use it.

After completing the tracing assignment, I was contemplating what kind of world would exist where homes and building materials could evolve with their inhabitants. After speaking with the user mapping participants, I began to see a fascinating aspect of a technology where materiality is the entity experiencing the resident, not the other way around. So I began to model a parametric home to help observer imagine the “in-between” spaces of how a geomorphic home would function.

The experience of materiality is visual but also tactile. For this reason, I decided to 3D print a few different stages of life as the home grows as the family inside grows. The geomorphic evolution is based off of the metaball script due to the spacious nature of the geometry created in that script. For each new member of the family, the home evolves to its next stage, and then back down again as the members of the family leave as adults. 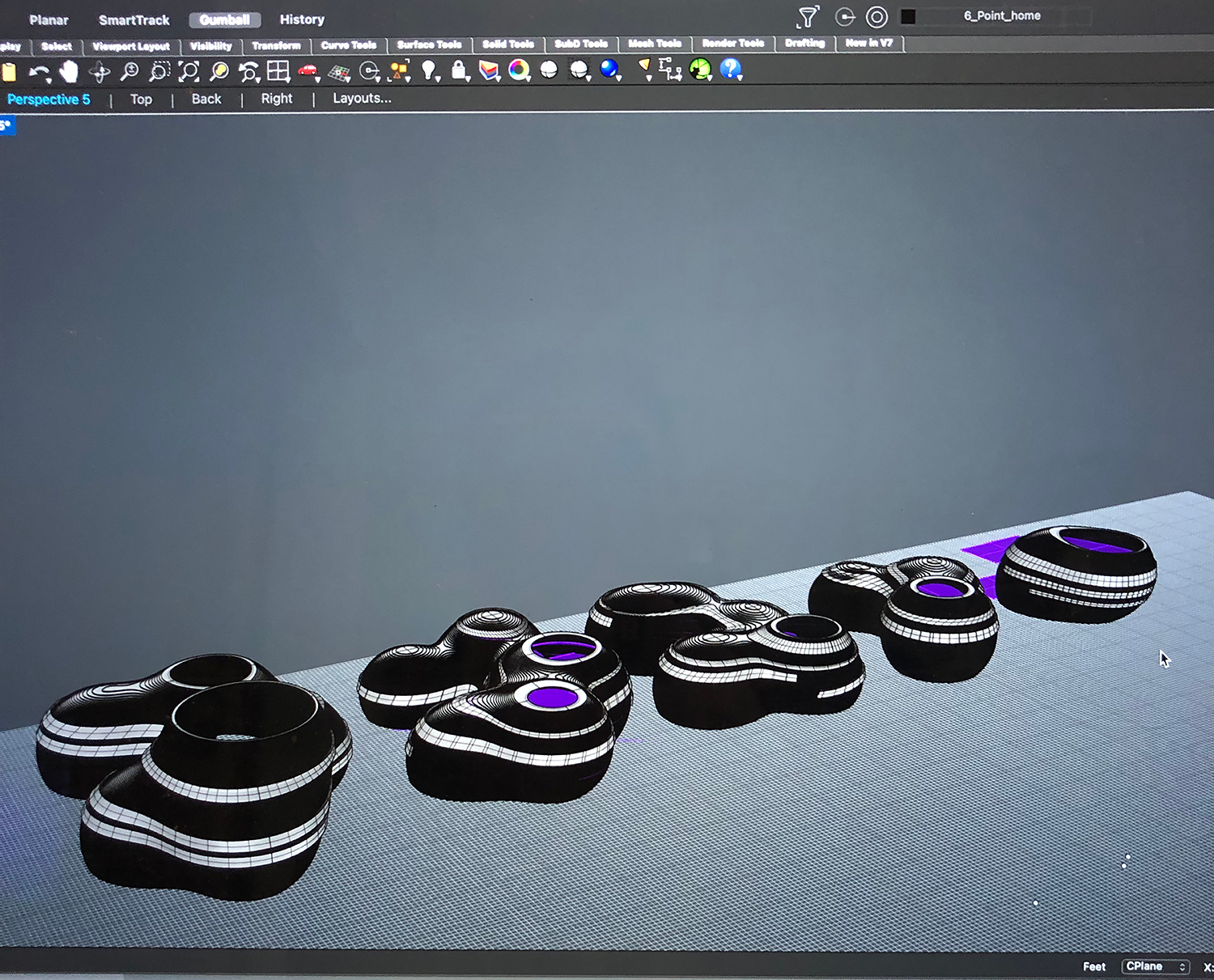 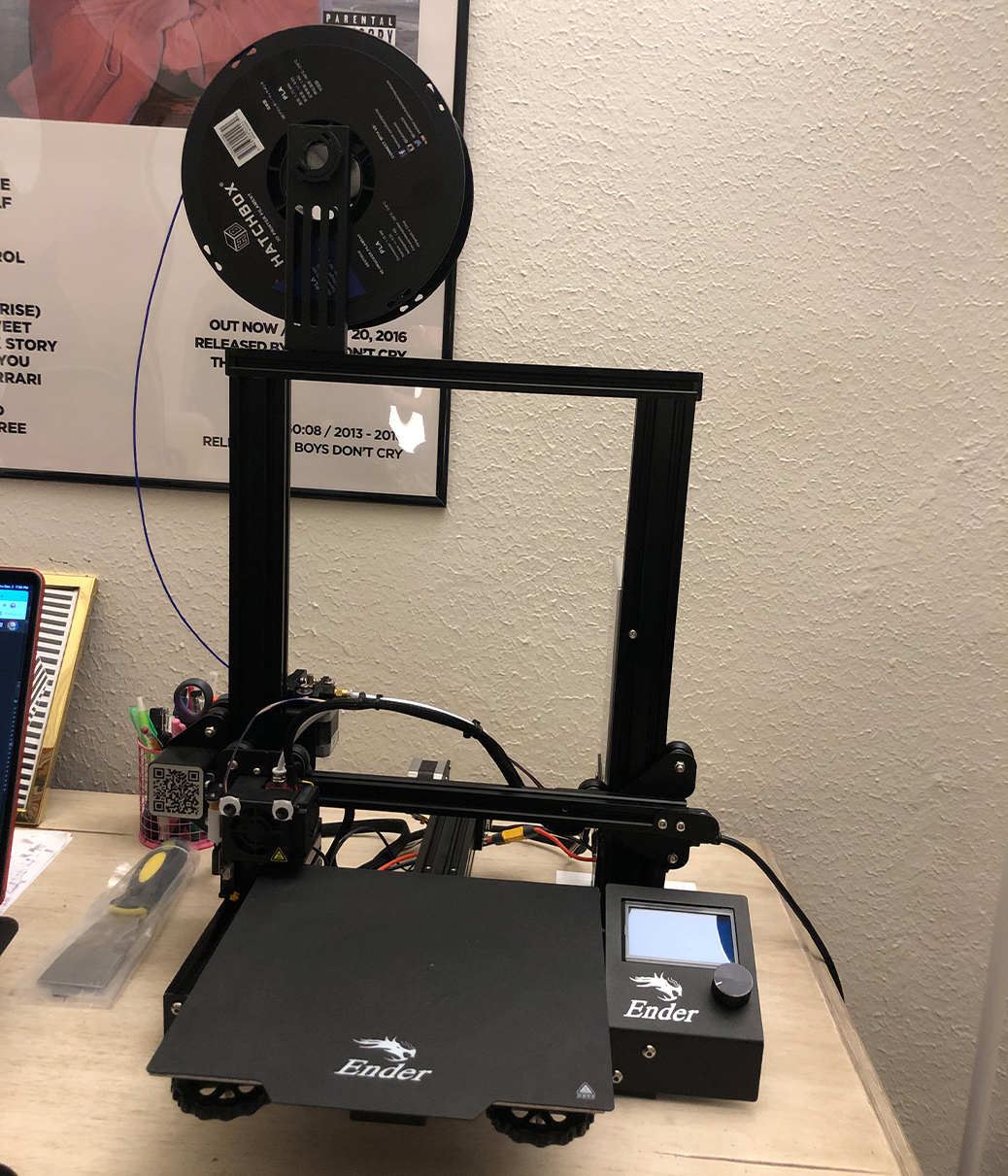 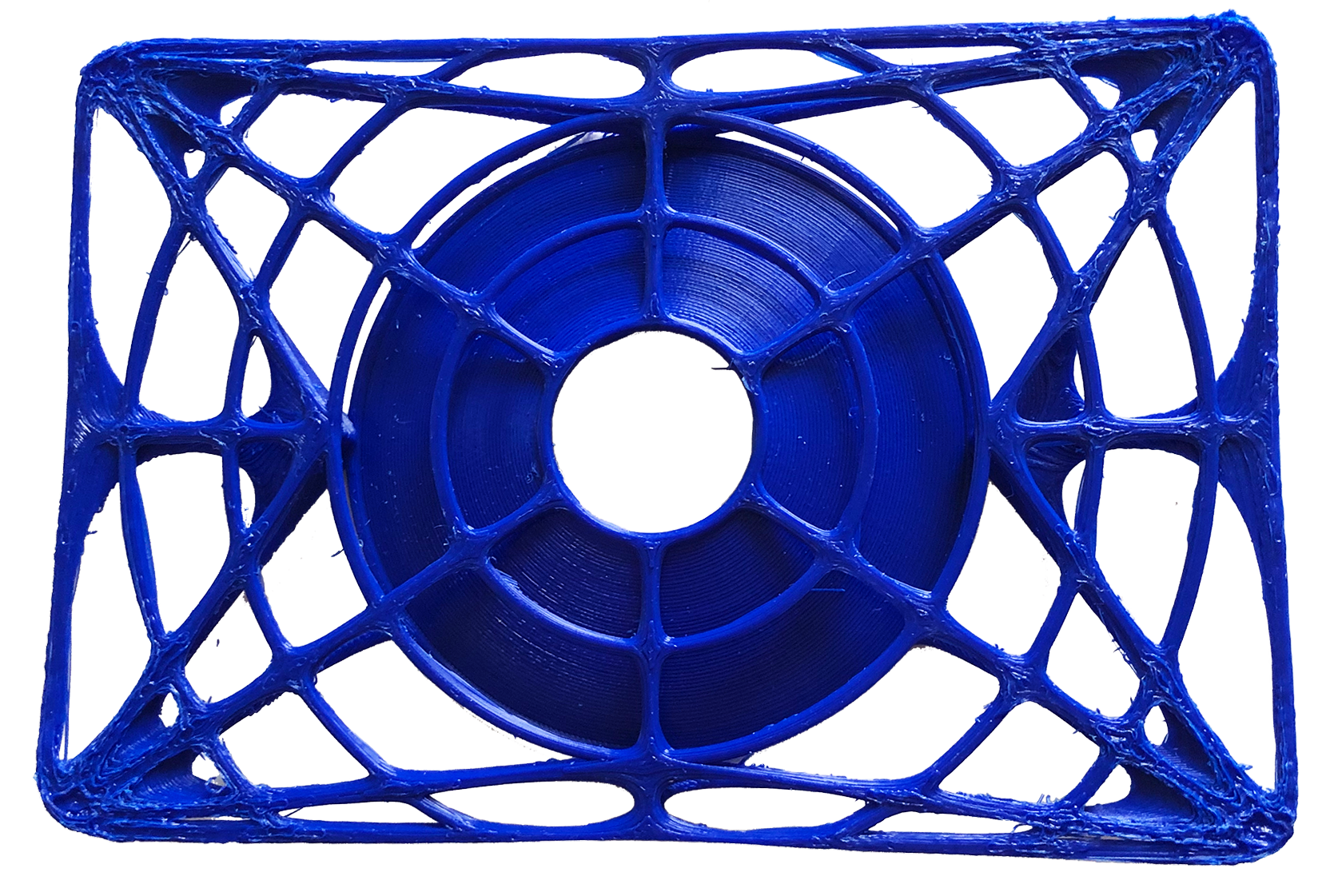 I think the most powerful aspect of speculative design is allowing a level of ambiguity into your design, allowing the user and observer to imagine the “in-between” spaces of a literal interpretation. If the observer can see themselves within this fabricated world, you will have successfully created a moment of consideration within the observer. Without achieving that link to the observer, the prop becomes just an object rather than a device, a system, a world, a society, etc., etc. Of course, this also requires the viewer to be open to imagining how other ways of life could be (pg. 91 Speculative Everything). Still, the beauty of speculative design is that a prop can have the power to facilitate that experience within an observer, whether they were willing to open up their imagination or not.